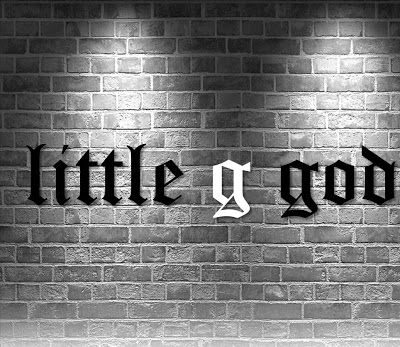 As I mentioned in the post, “What Do Other Worldviews Believe?” I addressed this idea that we do not hear about finite godism.  Think of this worldview as one that holds to a limited view of God where  God can create the world but does not have the power to sustain it or give an assurance for victory over evil.

In this post, I want to present this worldview as one that gives a weak view of God, and proving that it is contrary to the view disclosed between the covers of Genesis to the Revelation.  Despite the fact that there are no major religions attached to this view, like pantheism, it is sometimes the view that Christians have of a God that is no greater than a finite god.

In all actuality, finite godism is contrary to biblical theology. Finite godism is similar to theism in that God is both beyond the universe and active in the universe (unlike deism). However, God’s power is viewed to be limited. God is loving and desiring good, but also finite and incapable of bringing the desired good about.

So finite godism espouses that because evil exists, God is either unable to stop it and is therefore not omnipotent, or is unwilling and therefore presents Himself as unloving and not good. This presentation of finite godism explains evil by trying to retain God’s love and goodness at the expense of His power.  This we will see momentarily is problematic.  How so?

With a clear look at Scripture, we can see that the Bible presents a totally different picture of how God discloses Himself.  The God revealed in the Bible is is unlimited in power (omnipotent), knowledge (omniscient), existence (omnipresent), and goodness (omnibenevolent).  This is a far cry from what finite godism presents as “God.”

So what are the problems that are presented with finite godism? There are a handful of problems and attacks on God’s nature and character that I want to address here.  I will section off these as “Problems” and “Other Issues.”

The problem of evil and suffering (theodicy):  The age-old question of theodicy (Greek for “God’s justice) drives this worldview. The logic in this view states that God being all powerful, God being all good/loving, and the fact of the existence of evil in the world can not all be true at the same time. The answer is, basically, God has greater priorities than mitigating all of our suffering, including allowing us to exercise the free will He created us with. And God can use our physical, worldly suffering to try to get our attention and help us mature spiritually.

A problem in understanding of God’s unchanging nature, (i.e., God “regretted”): Genesis 6:5–7 says that God “regretted that he had made human beings on the earth.” If God regretted, He must have made a mistake. The word translated “regretted” (or, sometimes, “was sorry”) has the emotional weight we assume but not the consequence. God felt compassionate grief, but He did not wish He had not made the people. Instead, it drove Him to take action—to send the flood to wipe out the evil.

The problem of an evil creating God: The faulty logic runs as follows:  If God created everything, He must have created evil, as well. This is a logical fallacy based on a wrong understanding of what “evil” is. Evil is not a “thing.” It is the lack of a thing, namely, godliness. As a shadow is the lack of light, evil is the result of something blocking God’s glory.

The problem of finite godism’s view of the Trinity:  Several times in the Gospels, Jesus is shown to be less than all-powerful or all-knowing. He didn’t know when He was going to return to earth after the ascension (Matthew 24:36). He said that the Father was greater than He was (John 14:28). And His will regarding the crucifixion seemed to be contrary to God’s (Matthew 26:39). So Jesus at least, if He was God, must have been a finite god. This view shows how difficult it is to understand the concept of the Trinity. Although Jesus is God, He is also a person independent of God the Father and God the Holy Spirit. The Son had a different role in the salvation of man. Philippians 2:6–8 says that Jesus, when He became a man, did not try to retain His equality with God but took the nature of a servant. As the Son of Man, Jesus even humbly obeyed God’s plan for His death (Matthew 26:39).

A heretical attack upon Christ’s finished work on the cross.  The thinking is that God chose such a horrible way to save His people:If God is all-powerful, why did He require Jesus to be crucified in order for us to be saved? Why couldn’t He have chosen a less horrible way? There are several theological reasons for Jesus’ shed blood, in addition to the fact that the crucifixion was a sure-fire way to get our attention and make us realize how horrible sin is.

An attack on God’s integrity by charging that God breaks promises: Long before, God had promised Abraham that he would be father of many nations, including the nation of God’s chosen people (Genesis 12:2). In Exodus 32, that chosen nation has rejected God and melted their jewelry to make a golden calf to worship. God tells Moses “Now leave me alone so that my anger may burn against them and that I may destroy them. Then I will make you into a great nation.” So God is breaking His promise to Abraham and giving it to Moses. Except that He’s not. Moses was a descendent of Abraham, so Abraham still would have been the father of God’s chosen people. Like the population after the flood, the number of that nation just would have had a hiccup.

A challenge to the nature of God’s unlimited knowledge by charging it is limited: When Adam and Eve sinned, God asked where they were (Genesis 3:9). After Cain killed Abel, God asked Cain where his brother was (Genesis 4:9). When the woman with the issue of blood touched the hem of Jesus’ cloak, Jesus asked who did it (Mark 5:30). So God must be limited in knowledge. The first two examples can be easily explained with the understanding that God’s questions were intended to invite the sinners into a healing conversation with God. God was giving them an opportunity to repent, not asking for information He didn’t already have. This is a common tactic amongst parents in dealing with their children. As for Jesus and the woman, the reasoning is less clear. He may have been taking control of the conversation and inviting the woman to make herself public, or it could be that, while on this earth, Jesus voluntarily limited His omniscience and was given information by the Holy Spirit as needed. Jesus’ question to the woman, then, was not a sign of being finite but another example of subordination in the Trinity.

The consequences of believing in a finite god are catastrophic. Finite godism has been foundational to every false religion, from those that have a god for every aspect of life (fertility, war, crops, etc.) to those that teach we can become a god or part of god. Finite godism lowers the God of the Bible to the level of pagan idols and causes humanists to question whether we have the moral right to spread the gospel to people who already have their own religions.

It leads atheists to claim all gods are the same and that the only difference between atheists and Christians is that atheists disbelieve in one more god. It causes Eastern Mysticism to de-personalize God into a good force that is checked by the evil force it is unable to conquer. Finite godism elevates human reason to the level of God and gives us permission to judge His character and actions.

On a more individual level, finite godism teaches people that God doesn’t love them or can’t save them. What starts as a philosophical attempt to explain hard passages in the Bible results in despair and loneliness in the hearts of those who need comfort. Finite godism directly contradicts who God is to His creation:

Finite godism is another one of Satan’s lies meant to confuse, distract, and convince believers that God does not have the ability nor the desire to take care of us. It is the oldest temptation in the book (Genesis 3:5) and one we are very vulnerable to if we are not discerning and keen on what and why we believe what we do. Let me encourage you to know the God of the Bible, read the Bible, because the more you know about God, the more you love Him. Do not be afraid to ask questions about the Bible, theodicy, and theology. Lastly, let me encourage you to ignore anyone who teaches something contrary to what is taught about the God of and in the Bible.

If we can assist you with any questions, do not hesitate to contact us at realissueapologetics@yahoo.com.  Also if you are enjoying this series on worldviews, and it sparks a question, please send you question to email provided and we will get back to you as soon as possible.