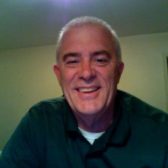 In my last entry, I presented for us a summary of “What Do Other World views Believe.” In that, we looked at theism, deism, finite godism, atheism, pantheism, panentheism, and polytheism. Of these seven world views, finite godism and panentheism are the lesser known but do emerge depending on a person’s view of what God is like.

In this post, I want to look at some characteristics of what makes a worldview right or at least a contender for being a good worldview.  First off, we need to keep in the forefront the major worldview questions that reveal the strength of one’s worldview.  These questions are: “Where do I come from? (Origin); “Why am I here?” (Meaning); “How can I change?” (Condition); and “Where am I going?” (Destiny).

Each of these questions all fit the specific definition of James Sire’s definition.[1]  Is it possible to have an inconsistent worldview?  If you are a professing Christian how would you answer those questions, and are each of the answers consistent with the previous questions?  What does it mean to have a “good worldview?”  In looking for criteria to know whether or not a worldview is solid, or even “right,” let me give you seven thoughts which will provide you, I hope, with a good guideline.

A good worldview will have a strong foundation in correspondence.  This means that it must be logical and consistent with the facts that are already known to be true.  Simply stated, there needs to be factual support.  Conversely, it will refuse that which is known to be false.  It must harness all areas of reality and not retain a selective sovereignty.  To refuse to include facts that challenge the thesis or to arbitrarily make some subservient to others because they better fit a predetermined conclusion betrays a prejudice that distorts the worldview.

A good worldview should have a high degree of coherence or internal consistency.  A worldview, simply stated must be practical and livable.  A system that is logically contradictory cannot be true.  To be internally consistent it cannot have contradicting deductions, regardless of what “experiential needs” are met in the process.

A good worldview has explanatory power.  This means that must be all encompassing and comprehensive.  The collation of facts leads to initial postulations, from whence we devise our theories, our hypotheses, and then finally delineate our “laws.”  United facts and integrated deductions lead to systems.  Facts ultimately do not just speak for themselves; they help build a theory, or provide the prescriptive elements, the eyeglasses, through which we see the world.  That being said. . .

A good worldview is neither too simple nor too complex in its explanatory power. This point is pretty self-explanatory and bridges my previous point with the next point.

A good worldview will avoid two extremes.  It will not be too simple nor will be too complex.  This is the famous Occam’s Razor Test (William of Occam (1300-1349)) who supposedly said “do not multiply entities without necessity,” which basically means that we are to resist the temptation to make our explanations too complex.  IF an explanation becomes too complex, Occam’s razor will cut it off.  On the other hand, an explanation should not become too simplistic that it commits the reductive fallacy.  To make a man an incomprehensibility is to go to one extreme.  To consider him a mere brute is to reduce him to the other extreme.

A good worldview is not complete in itself until it is able to refute, implicitly or explicitly, contrary world views.  The law of non-contradiction applies not only within a worldview, but also between world views.  Thus, it is more reasonable to say that all religions we know of are wrong than to assert that all are right.  Any system that opens its arms wide enough to incorporate everything will end up strangling itself when the arms close in.

No matter who you and I talk to, remember that everyone embraces some kind of a worldview. Even atheism is a worldview, because it answers the four major questions of origin, meaning, morality, and destiny,  mentioned at the beginning of this post.

As we journey through this series in responding to the seven world views, my hope is that this post will provide you with a second stage platform for you to launch and navigate through the next few posts where we will show the Christian as the superior worldview.

[1] “a worldview is a commitment, a fundamental orientation of the heart, that can be expressed as a story or in a set of presuppositions (assumptions, that may be true, partially true, or false) which we hold (consciously or subconsciously) about the basic constitution of reality, and that provides that foundation on which we live and move and have our being.”[James W. Sire, The Universe Next Door. (Downers Grove, Ill.: InterVarsity, 1988), 17.]