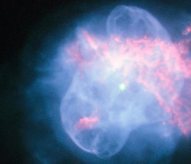 When it comes to conversations with atheists, Christians love to get themselves into “hot water” by debating the topic of creation versus evolution. In all actuality, that is not a position where one should start, because this is where scientistic atheists really relish with unsuspecting, inarticulate believers.

The reason why we get ourselves in trouble is because we do not understand the first principles of science and that under the big tent of origin science there resides two views of science: observation science and experimental science.

The former is rooted in observations are grounded on the person’s philosophical starting points.  The latter is rooted in the scientific method where things are observable, measurable and repeatable.

WHAT IS THE FIRST PRINCIPLE OF ORIGIN SCIENCE?

It is essential to understand that operation and origin science are connected by a philosophical principle called uniformity (or analogy). With respect to origin science, the uniformity principle states that the present is the key to understanding the past. If present observations indicate that it always takes a certain kind of cause to produce a certain kind of effect, the principle of uniformity tells us that the same kind of event in the past must have had the same kind of cause as observed in the present.

Biblical References: This principle is implied throughout God’s Word with respect to linking present cause and effect to past similar cause and effect. A few examples are as follows:

2 Peter 3:4 – “Everything goes on as it has since the beginning of creation” (there is uniformity in the world because there is design in the universe). The past Uncaused Cause (God) of all life and the moral law can be observed through the present effects.

Rob is a blogger, writer, pastor/teacher, and public speaker on a mission to equip the believer to think and articulate what they believe and to communicate it to a confused culture in a “brave new world.”