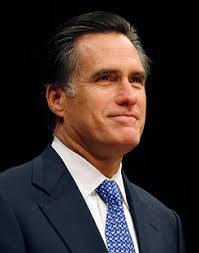 Whenever Mormon missionaries come knocking at your door, one of the first things you will hear, after they introduce themselves as Elder “So and So” and Elder “Such and Such”, is that they will tell you that they are from the Church of Jesus Christ of Latter Day Saints (a.k.a “Mormons” or “LDS”).   Or you may be watching the political debates and hear all kinds of ad hoc rhetoric about politics and religion and someone mention Mitt Romney being a member of the Mormon Church.  You might even be watching FoxNews and seeing the Glen Beck program with him pontificating on the battle between Islam versus the West.  Christian (Baptist) universities like Liberty University have even had Beck as a commencement speaker.  Some think there is no difference between Romney and Beck’s faith and biblical Christianity.

My desire for this article is not politically motivated.  Let me state for the record that NEITHER conservative politics NOR liberal politics; NEITHER Republican NOR Democrat, NOR Tea Party will restore America!  The restoration of this nation will only come, if the LORD wills, when the church stands up and defends and proclaims the gospel.  Only then, if the LORD wills, we will see a revival in this nation.  That being said my motivation is not political but apologetics minded in nature to assist in the exposing the ruse that the LDS Church is a “Christian church.”  When you say Christian there are different connotations as to what that means, depending on who you or I are speaking to or what the talking head on the television is pontificating.

What are we to make of those who say that Mitt, Glen and the friendly little missionaries knocking at your door, are all Christians?  Do they share the same views on the nature of God and of Jesus Christ as evangelical Christians?  No they do not.  You see, just because someone says they believe in Jesus, it does not mean that they worship the Jesus of the Bible.Today more than ever it is important to nail down our biblical convictions and make sure they are truly biblical.  That also includes the cordial conversation with one who says they “believe in Jesus” or they “believe in God.”  Friends, even the word “Christian” is thrown around in this culture as meaning anything but Jewish, Muslim, Buddhist, Hindu or some other religion.  We have to understand that we say we are a Christian, it means that one has been redeemed by God and claims a vital personal relationship with the risen Jesus Christ.

So the next time you are in a cordial conversation, and it goes “spiritual” and someone tells you that they are a Christian, you might want to take a page from the detective Columbo and ask something like this:  “When you say you are a Christian, can you tell me what you mean when you use the word ‘Christian'”?

If you would like more information about Mormonism, I have a side website that deals specifically with  the differences between historical biblical Christianity and the LDS church.  Even though it is needing some revision and updating, the links are still “live”.  You can find it here.

Also after interacting with this article, you have some questions come to the forefront, please feel free to email them to realissueapologetics@yahoo.com.  I will be more than happy to respond to your question in a timely manner.

[1] Walter Martin’s definition of a cult is where we are landing on this issue.  He states in his classic volume, The Kingdom of the Cults, “A cult, then, is a group of people polarized around someone’s interpretation of the Bible and is characterized by major deviations from orthodox Christianity relative to the cardinal doctrines of the Christian faith, particularly the fact that God became a man in Jesus Christ” (The Kingdom of the Cults, 12).[2] Brigham Young, Journal of Discourses, Volume 16, 1873: 46.

Rob Lundberg is the founder and the director of The Real Issue Apologetics Ministry, located in Fredericksburg, VA.  To contact Rob or this ministry for information or provide feedback to this essay you can call  540.424.2305 or email Stand4Truth.Net at stand4truthapologetics@gmail.com